The Carolina Eagles are proud to announce the commitment of Elite defenseman Grant Universal to Neumann University for the fall of 2016. The Neumann Knights are a member of the NCAA Division III ECAC West Conference.

The Raleigh, NC, native first came to the USPHL in the 2013-14 season, when he skated for the Jr. Pirates Hockey Club, playing in 33 games and collecting a pair of assists. He rejoined the Pirates last season and played in 34 games, along with two games for the Pirates Elite team.

This past season, Universal returned to North Carolina to skate with the Eagles. He collected two goals and seven assists (nine points) in 35 games. 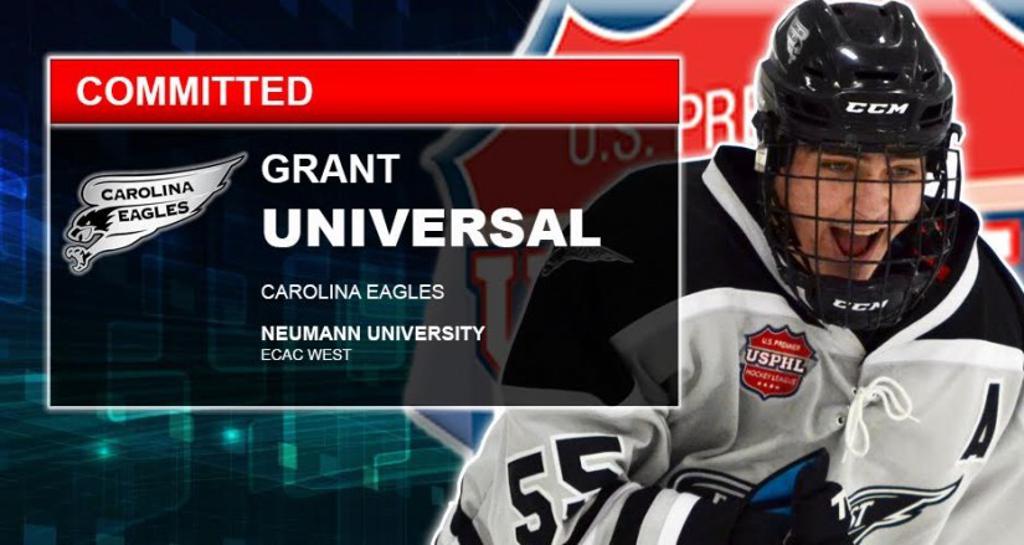