Carolina Eagles Team Captain, Brendan Logan, commits to SUNY Fredonia.  Brendan came to the Eagles from the North American League where he played the past two season before joining the Eagles.

When asked about his commitment to Fredonia Logan had this to say, “I am ecstatic about heading to Fredonia.  The SUNY is one of the top NCAA D3 leagues in the Country and I look forward to working hard and making an impact for Fredonia Hockey and Coach Meredith.  Coming to play for the Eagles was the best decision I could have made this season.  I had several schools who made commitments to me and I credit that to the Eagles coaches and GM.” 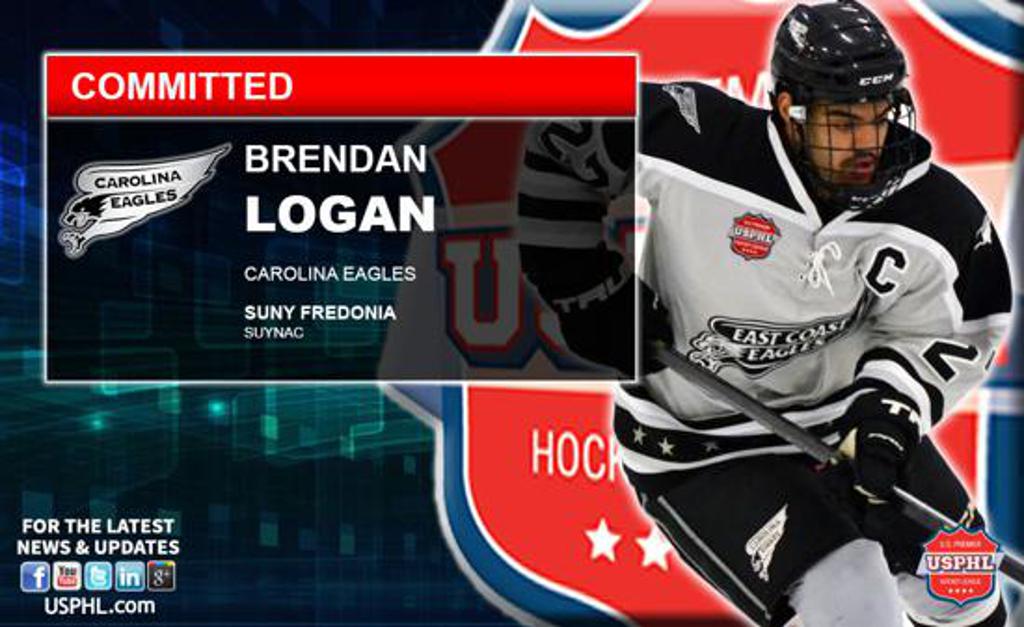