Carolina Eagles' Delano to Play for University of Miami at Ohio

Brandon is a strong academic player and Miami Ohio had the academic fit he was looking for and a strong ACHA program.  When asked about his experience with the Eagles Delano had this to say, “Playing for the Eagles this year gave me back the excitement for the sport of hockey.  I did not know if I wanted to play hockey in college after having some bad experiences, but coming to the Eagles, with their staff, professionalism, and environment was just what I needed.  Now I will be attending a strong university and playing another four years of serious hockey and I am so excited. “ 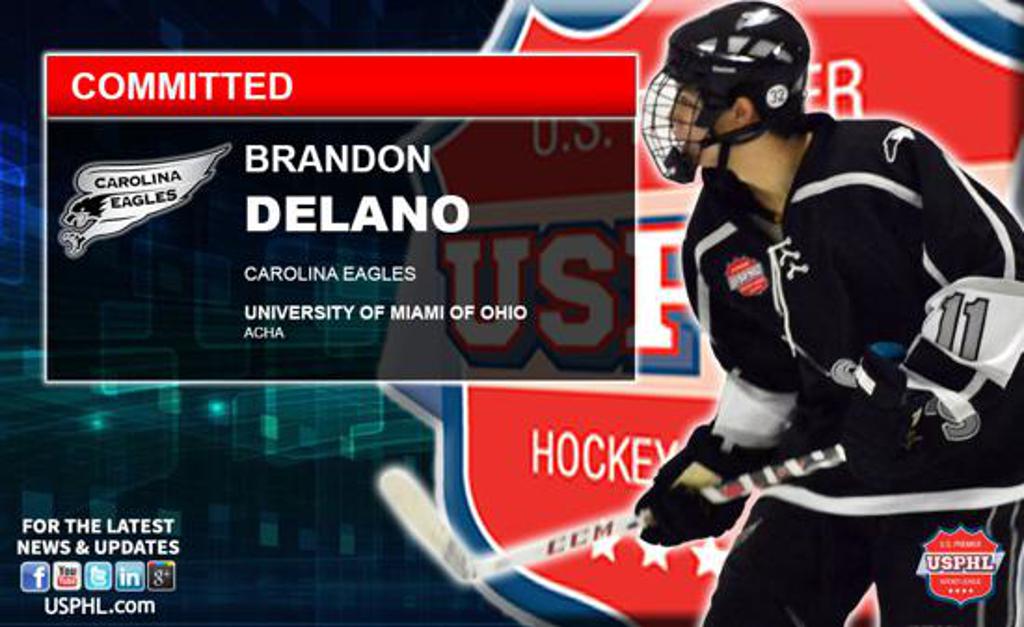