Andrew Stahel, a two year USPHL Elite player for the Carolina Eagles, committed to his first choice, Franklin Pierce University, where he will play for Coach Bruce Marshall next season.

When asked about his commitment Stahel responded this way’ “I am thrilled to be attending Franklin Pierce.  I want to go into Physical Therapy and Franklin Pierce has one of the top programs that also has a tremendous NCAA hockey program.  Plus I can complete a year of my Masters Degree program in the four years I am there.  I look forward to playing for Coach Marshall and helping the team’s success.” 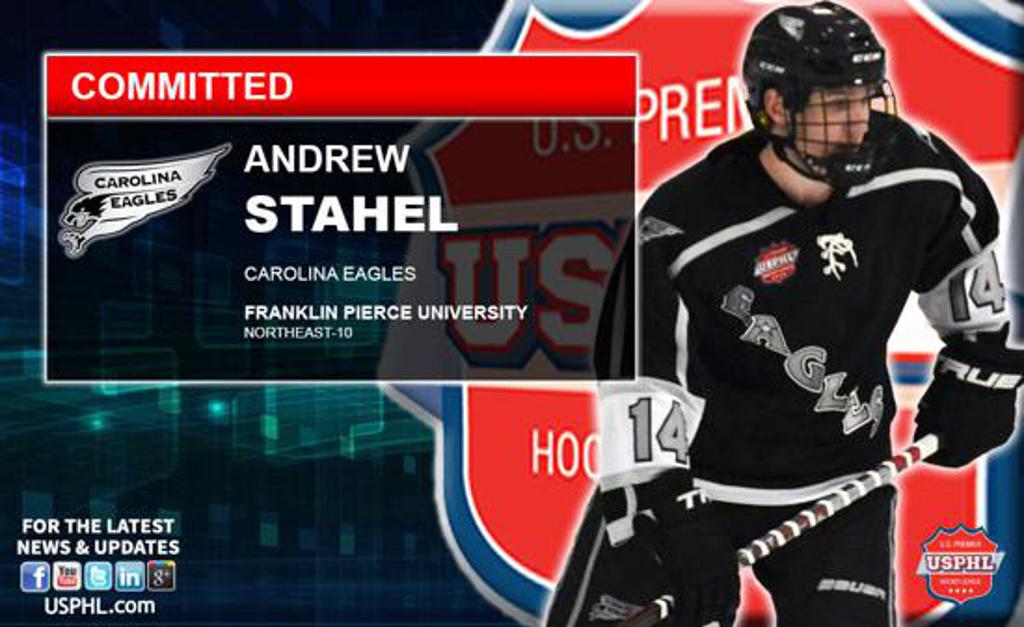